How Does Equiscope Work For Inflammation in the Body?

Edema and inflammation in the body aren’t easy to live with. If you’ve been trying to figure out how to treat edema or inflammation effectively, then you’ve come to the right place.

Edema occurs when your tiny blood vessels leak fluid. The fluid builds up in the surrounding tissues and causes the area to swell.

Many conditions can cause edema, but it’s most often the result of acute inflammation. Your body goes through this inflammatory response to

But what happens if the inflammatory response doesn’t back off?

If you’ve taken the biochemical approach to healing, then you’ve already gone to a conventional medical doctor and tried to treat the inflammation with

The doctor may also have diagnosed you with an autoimmune disease or other underlying condition that’s causing the condition.

However, if you’re reading this article, then this approach has presumably not provided the relief and healing you desire! So read on, because… 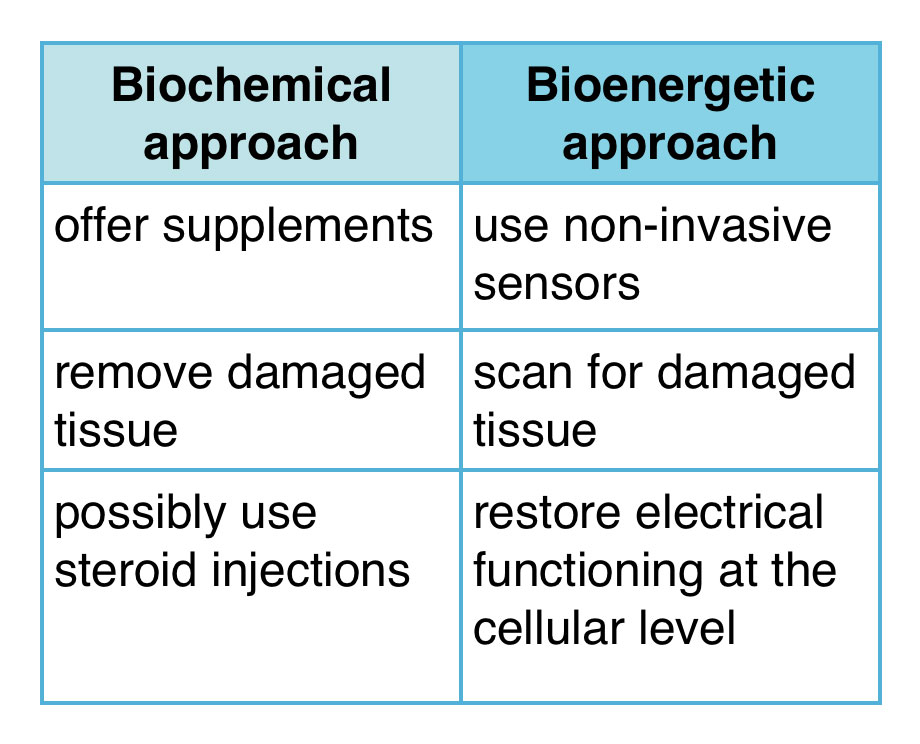 There’s Another Approach to Body Inflammation

Your body is like an electrical circuit. Elements in your body like sodium, magnesium, and calcium all have an electrical charge. Cells use these charged elements to generate electricity.

So what happens if the cells lose their charge?

The most effective way that we’ve found to recharge the body is using Electro-Equiscope technology. Unlike conventional medicine doctors, Equiscope practitioners look at the body electrically rather than biochemically.

How does Electro-Equiscope technology help?

The Electro-Equiscope is a simple, non-invasive device that uses thousands of sensors to scan your body. This scan identifies the mathematical signature of the disease, virus, bacteria, or inflammation that’s causing your problem.

We call it the common sense approach!

Equiscope technology can strengthen your body’s ability to store energy to keep your body functioning at peak performance levels.

Research has shown that cells have 30-40 different ion channels that accept outside electrons, and each channel only accepts specific frequencies.

After the Equiscope has stimulated the cells with the correct/correcting current, they have a higher capacity to store energy over time and are healthier to fight off the inflammation in your body.

In other words, the Equiscope specifically supports the body in what it already does – helping it to heal itself.

Intellbio (Intelligent Bioenergetics) is the exclusive distributor of the Electro-Equiscope, with providers all over the country. If you’re looking for a drug-free way to treat edema and inflammation in your body, find an Equiscope practitioner and make an appointment today!