Intelligent Bioenergetics is the only company distributing the Equiscope in the world. We are committed to excellent service, support, and training. From acute or chronic to illness and even cognitive challenges, Equiscope is an excellent integrative therapy to increase wellness and help alleviate symptoms from chronic diseases, inflammation, injuries, and even sagging or tired skin. 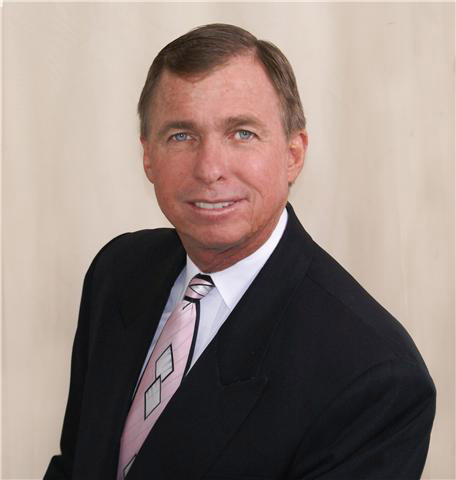 In November of 2012, Intelligent Bioenergetics, Inc., was established by John to distribute advanced intelligent bioenergetics microcurrent internationally. John is also Founder and President of Thorp Institute of Integrated Medicine (“TI”), a medical management company established in 1995 and a leading authority on microcurrent technologies. With 30 plus years of experience in the field of electro-medicine, he administered and taught proprietary clinically proven protocols to clients and practitioners worldwide.

John Thorp’s introduction to electrotherapy came in 1986 when he shattered his tibia, fibula and femur bones, all under the right knee joint. He was told without a total knee replacement he would most probably be crippled for life. Through a friend’s recommendation, he was introduced to the Electro-Acuscope and Electro-Myopulse that would enable him to compete in his first triathlon one year from the date of the injury. His doctors stated that his injury resulted in a bone-on-bone scenario and a potential recovery was a physical impossibility. After accomplishing the impossible he began to share and apply this same technology to his colleagues.

After attending the Institute of Oriental Medicine to study acupuncture, John established protocols for this technology, producing unheard of success rates in the reduction of chronic pain. He took a four-year assignment at Loma Linda’s affiliate, Castle Medical Center, located in Kailua, Hawaii. This allowed him to train others as well as fine-tune the clinical protocols he had developed. He oversaw the protocols of 24+ chronic pain patients daily, utilizing two additional technicians that he trained, in the physical therapy department of the hospital, as well as in their outpatient centers in Kailua and Kaneohe. Due to overwhelming success, Castle expanded its outpatient physical therapy centers to Maui, where he trained an additional six technicians and oversaw an additional 24+ patients daily at the Kahului, Kihei and Lahaina physical therapy centers as well. John’s expertise in the clinical use of these world-renowned microcurrent devices led to eventual ownership and operation of two full-phased medical clinics.

John went on to distribute the entire line of Acuscope and Myopulse technologies, and in 2013 introduced to the world an exclusive and advanced technology known as the Electro-Equiscope, which incorporates a combination and advancement of all previous technologies. Intelligent Bioenergetics now has an international network of practitioners and technicians obtaining dramatic results using this new technology.

We are committed and dedicated to developing powerful technologies and effective therapy programs that provide new income streams to Physicians, Chiropractors, Acupuncturists, Physical Therapists, and Veterinarians and their technicians, while sharing the vision of non-invasive, drug-free medicine.

Our Commitment to You and the World

For more than 30 years, John Thorp and his companies, Intelligent Bioenergetics and the Thorp Institute Training Center, have worked to establish a high level of integrity. That integrity is based on the quality of our products and all its ancillary services. Our reputation is built on strong relationships with our customers, vendors, and partners around the globe.

At Intelligent Bioenergetics, we offer you the very best in overall long-term value and reliability.

Our providers receive unparalleled long-term support and training to align state-of-the-art bioenergetics technology to a holistic and caring approach to health issues. As a patient, you are heard, understood, and offered sustainable solutions to drastically improve the quality of your life. Experience the Equiscope with one of our preferred providers today!