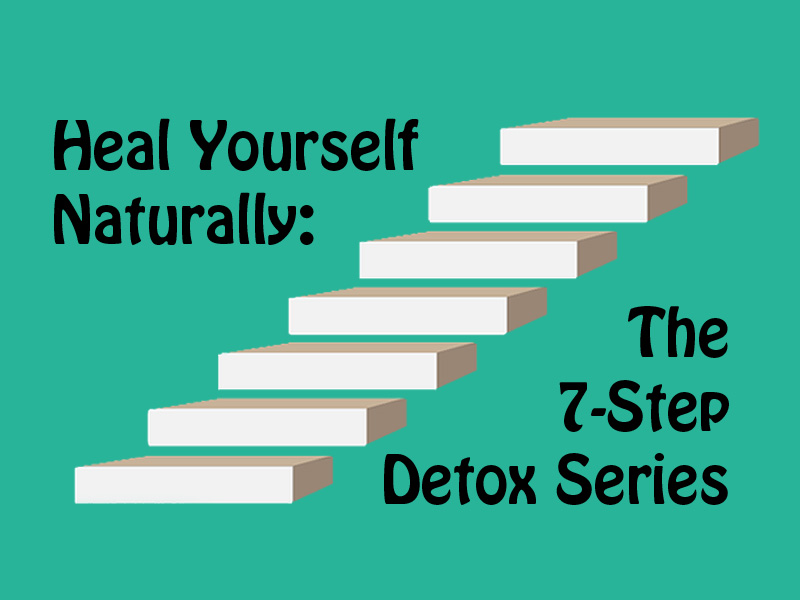 Wouldn’t it be great if you could heal yourself naturally rather than turning to prescription drugs and invasive measures?

Can the body heal itself? That’s exactly what Equiscope founder John Thorp set out to discover when he began pioneering his way to bioenergetic therapy.

One of the things that became evident to John was that everything – including air, water, food, and even medicines – contains toxins. This means our level of toxic exposure is far greater today than in the past. All disease is toxic response. If you remove the toxicity, you remove the response which is DIS-EASE – or your body being “not at ease.”

Over time, Thorp used his knowledge of

…to create a methodology and series of proprietary protocols that support detoxification and self-healing.

The 7-Step Detox Series is now taught to, and used by, every Equiscope practitioner and technician.

If you’d like to train to become an Equiscope technician and use it to benefit other people and animals, read our blog post here. But in the meantime, we’ll look at the Detox Series in detail.

The 7-Step Detox Series is a Whole-Body Protocol

In order to heal yourself naturally, the protocol includes the acupuncture points of the ear, teeth, hands, feet, spine – and ends up with a lymph drainage. A guided meditation is a great desert!

Surprising to many, applying a protocol to the ear, or auricular system – which is an acupuncture system in the ear – is also a very effective way to support the whole body.

The ear is an inverted fetus with the head being in the ear lobe and the feet at the top of the ear.  All of the organs and every joint in the body are located by a point in the ear.

Remember, blood flow and current take the path of least resistance, going around the damaged tissue instead of through it. Intelligent Bioenergetics clears all the pathways with microcurrent energy, thus removing blockage and resistance (impedance). This is the obvious way to heal yourself naturally.

Would you be surprised to learn that one of the therapeutic access points is at the base of each tooth. Applying Intelligent Bioenergetics to the root of every tooth stimulates

This is, therefore, why taking care of your teeth is so vitally important to a healthy body – because it’s then capable of healing itself. 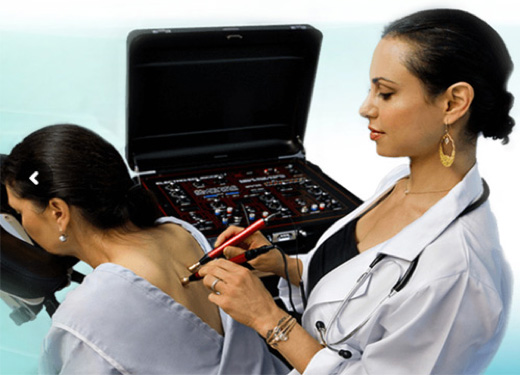 This spinal protocol specifically uses an energetic pathway called the Governing Vessel (GV). The GV is the head of all eight meridians and can be used to strengthen the body.

This is one of the most commonly used systemic or whole-body protocols when you want to heal naturally.

The Equiscope technician applies probes to every vertebra in the spine. A spinal treatment is what the entire field of chiropractic is based on – making sure that all the neurological areas in every vertebra are open, allowing blood flow to every muscle, tendon, ligament, and bone.

Some muscles can be in spasm due to over-firing and they get a hold of the vertebra and pull on it, compressing the nerve and blocking blood flow to an organ or joint.

When you run current to the over-firing muscle, you put the tissue to rest – which allows the vertebra to go back into place all by itself.

The current restores energy to every organ, every joint, and every muscle attached at each vertebra. In other words, you’re stimulating the kidney, liver, lungs, heart, and spleen – all via the vertebrae.

This is an Equiscope protocol that’s similar to getting a lymphatic massage. It’s designed to reduce the toxic burden or waste build-up in the lymphatic system and help “empty the body’s wastebasket.”

By using a specific probe specially calibrated for the lymphatic system, you open the lymph and allow waste product to leave.

It works so well that it’s common for recipients to have a large bowel movement within 24 hours after having this protocol!

This is a powerful protocol. It guides the brain into a meditative state where it visualizes the desired outcome as if it’s already done. It forms part of the natural way to heal.

Equiscope practitioners and technicians use this kind of guided meditation during the session. In addition, however, they teach patients and clients how to meditate and visualize so they can keep the positive progress going and heal themselves.

A Detox Series for Everyone Who Wants to Heal Themselves Naturally!

Since John used to be a stuntman, he often refers to movies to describe why he developed a particular protocol.

In this case, there was a great movie entitled Bonnie and Clyde!

Their car broke down, and one of their cronies, CW Moss, fixed the car before they could be caught. When Clyde asked CW what he’d done to make the car run again, CW said, “It was just dirt! Dirt in the fuel line and I just blow’d it away!”

That’s what using the detoxification program does: It clears the dirt from all of the acupuncture pathways of the ear, teeth, hands, feet, and spine. It gets rid of all the dirt in your fuel lines by just blowing it away with a little microcurrent energy!

Whether you’re trying to overcome an illness or build strength for a sports event, the 7-Step Detox Series can help!

Disclaimer: New wellness treatments and technology described or suggested in this article are non-FDA approved. All content and information here is for educational purposes and does not constitute medical advice, and does not establish a client-patient relationship with you by your use of information in this article. A client-patient relationship with you is formed only after we have expressly entered into a signed agreement with you that includes a fee structure and terms that represent you in a specific manner.