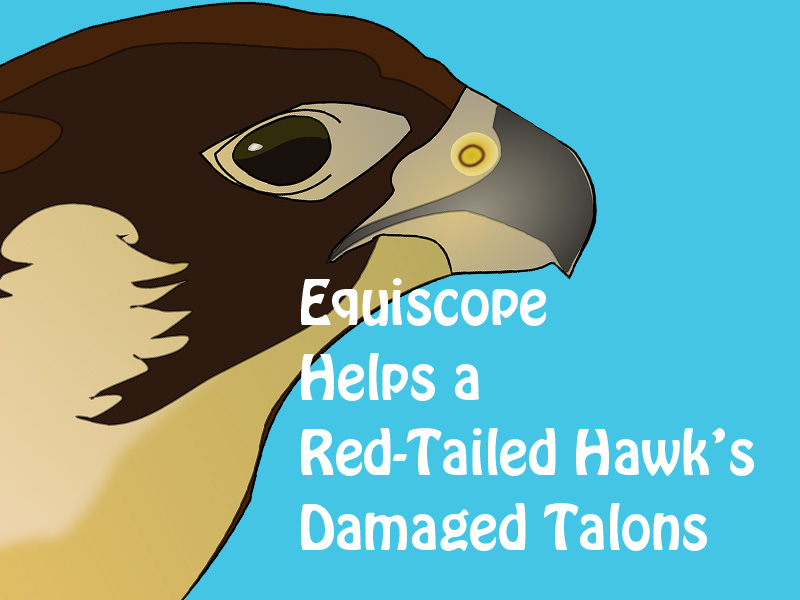 In recent articles, we’ve been sharing how Equiscope therapy can be effective in humans and horses to relieve pain, speed up injury recovery, support overall wellness, and minimize sleep disorders. Our topic in this article may surprise you – we’re going to share the story of how Equiscope therapy helped heal an injured Red-Tailed hawk named Xerxes!

The Story of Xerxes the Hawk

Earlier this year, Xerxes found himself in a bad situation. He’d damaged his talon, and just like a human injury that’s left untended, it had healed poorly. He was left with nerve damage that caused his talons to stay retracted. This left him unable to perch and tipping over because he couldn’t grip onto anything with his “hands.”

So Xerxes had to scavenge through the trash for food and was always on the defensive. Luckily, someone found him in the trash and took him to a rescue group.

This group hand-fed him to help him get his strength back and gain weight. However, Xerxes was doubly lucky because the rescuer had access to an Electro-Equiscope practitioner who was willing to work with a bird.

After three Equiscope sessions, Xerxes opened his talon and took hold of the technician’s hand twice! 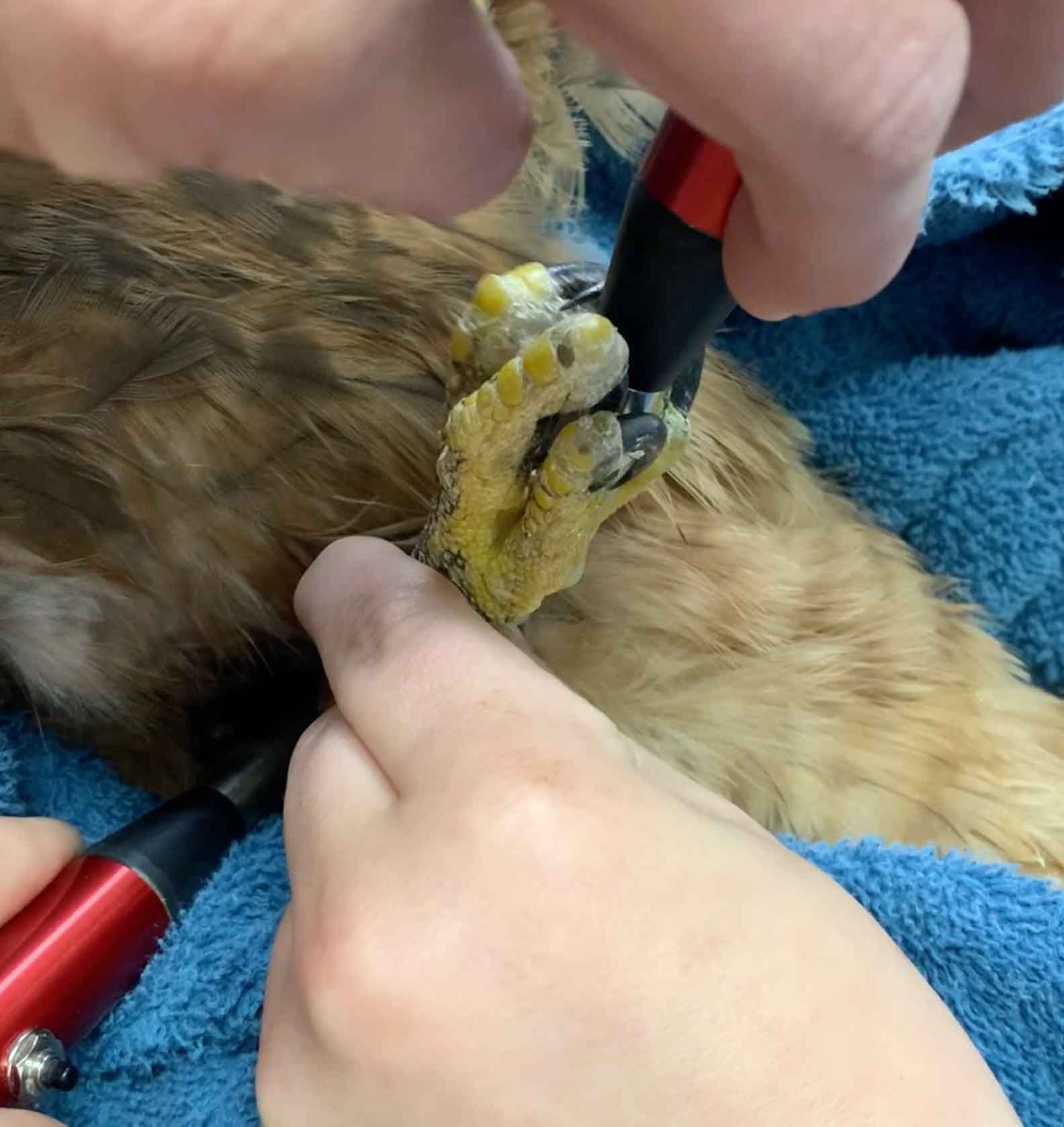 With every session, Xerxes grew stronger and more confident – so much so that it became difficult for the technician to hold him still during the Equiscope Sessions.

So far, he’s able to extend his talon by 70%, which has enabled him to perch in his cage and consume his food on his own. His Equiscope practitioner continues to work with him, adjusting therapy techniques and focus based on how his improvement continues.

UPDATE: Xerxes has now been released back into the wild!

If you’d love to train to do this kind of work, do have a read here. But let’s now look at why this therapy can work on a hawk.

Why Can Equiscope Work on a Hawk?

Electro-Equiscope works at the cellular level. The basis of all living things is cells. That includes humans, wild animals, and even your horses and house pets! It’s obvious when you think about it:

The crucial thing is this. Electrical currents run through these cells, so the body of a living creature basically contains an electrical circuit. If you’ve ever come across a dead battery or had a finicky light switch, then you’ve run up against what happens when any part of an electrical circuit is damaged or drained. No – or poor – flow.

Equiscope therapy sends tiny currents through the body to open up cellular communication, increasing the production of the body’s natural energy. Trillionth of an ampere or pico-current can also “recharge” damaged cells to help heal the body at its most basic level.

How Does Equiscope Therapy Work Differently?

However, the secret to the Electro-Equiscope technology’s success is that it uses fixed artificial intelligence to search and scan the body to decide which areas are damaged and operating at reduced capacity. The Equiscope continually calculates the specific needs of the tissue and painlessly delivers the most appropriate electrical current gently into the cells. This restores their healthy function in a simple and non-invasive way.

The Electro-Equiscope is the most advanced microcurrent therapy. And Intellbio is the exclusive distributor, with providers all over the country.

Are you looking for an effective, drug-free, non-invasive therapy for yourself or a loved one? Find an Equiscope practitioner or technician and make an appointment today!

Summary
Article Name
Equiscope Helps a Hawk’s Damaged Talons
Description
Equiscope therapy can help any living creature because they all have cells that can get injured and stop working well – like this hawk with damaged talons. We show you how Xerxes improved as his cell electric circuits were restored to full ability.